Modal windows are used for interacting with the user while preserving the original context of the current window. Plesk supports the following types of modal windows.

Dialog windows are used to facilitate a dialogue with the user. Usually, the user is asked whether a certain action should proceed or how it should proceed. A dialog window can be shown in response to an action performed by the user, for example, removing important objects that influence the operability of something). Another situation when a dialog window can be displayed is in the course of execution of an operation, for example, asking the user whether to install plugins after WordPress has been installed.

Note: Do not use lengthy forms and texts in a dialog window. Instead, use a drawer.

Dialog windows can be split into the following categories: informational, confirmation and suggesting.

The informational dialog communicates to the user facts that the user has no control over. Such dialogs contain a header, the text message and the Close button.

Example: The user is copying files. Before executing the operation, the system learns that there is insufficient disk space. The user is shown the following dialog window.

The confirmation dialog informs the user of the current situation and asks the user to confirm how to proceed from here.

Example: The user is copying files. There is not enough space, but the user can choose to free up the required space.

The suggesting dialog recommends products and services to the user.

Example: The user sees an interesting paid feature in a product. They want to know what they would get in exchange for their money. The user presses the button and sees the window that tells them of the advantages of this particular instrument and provides the ability to make the purchase. 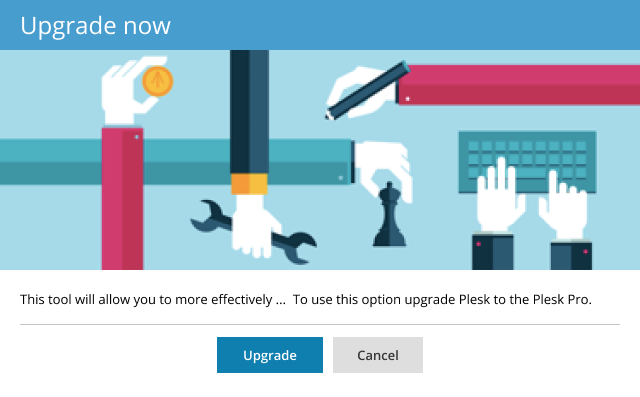 Progress dialogs help to keep informed of the progress of the ongoing processes that take significant time to complete. They contain information about what is happening, how long it may take, and an optional way to cancel the process. A progress dialog must have an ability to be minimized in order to not get in the way of the user’s work. The process itself continues unchanged in the background.

A single process may have a progress dialog like this: 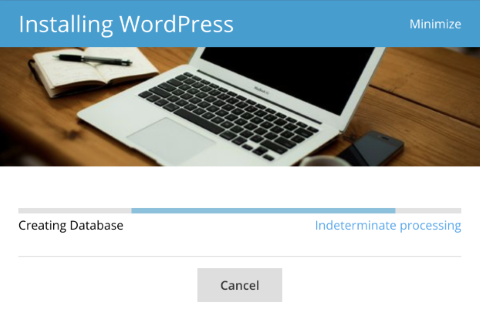 If a process consists of a number of stages, its progress dialog may look like this: 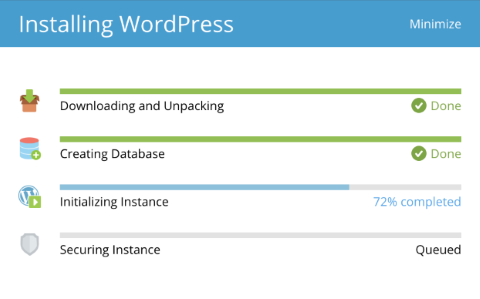 The shown progress may be either determinate or indeterminate.

Progress is determinate when it is possible to show exactly how much is complete and how much remains.

If it is impossible to calculate exact volume or time or other indicators on which the progress display is based, it is possible to use a model progress, which can be based on average values and approximate the indicators.

This type of progress indication can be used when it is impossible to evaluate the progress of the ongoing process even approximately. Also, it can be used when calculating time or volume before launching the determinate progress.

Note: Icons and illustrations are optional elements of the dialog window.

Optional. If the process can be canceled (the object returned to its previous state), include the cancelation button.

In the course of the process execution, errors may appear. The errors can be critical, when it is impossible to continue further execution, and non-cricial – the execution may proceed but the user should be informed. 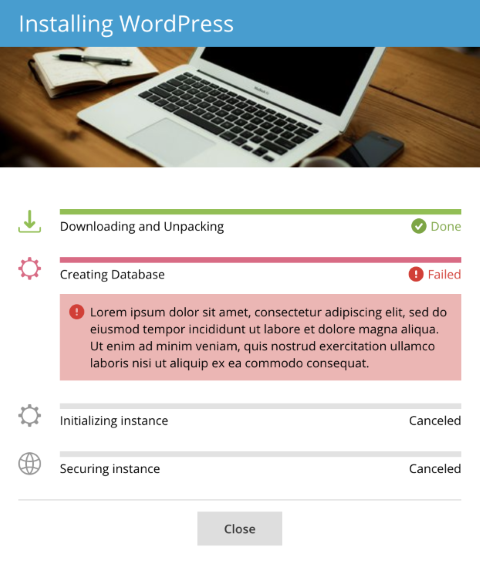 If the process consists of more than 5 stages, displaying them all is unnecessary. The right way to implement this is to show a single progress for all the stages, and indicate which of the stages is being executed presently.

The drawer is a modal window, which opens on top of the page and takes up the entire height of the browser window.

Note: Do not use drawers for short messages and confirmations. Instead, use dialog windows. 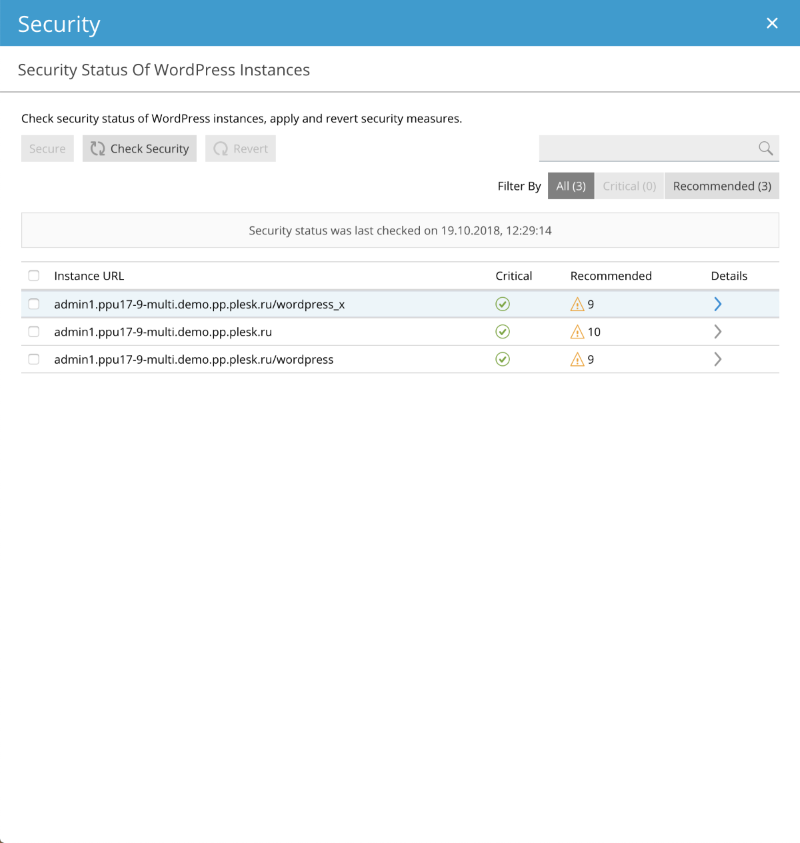 It displays a list of instances and available operations, and filtering and search operations. Pressing on an arrow for a specific list entry takes us to the that object. The header describes what kind of drawer this is, and the subheader explains exactly what information is presented at this level. 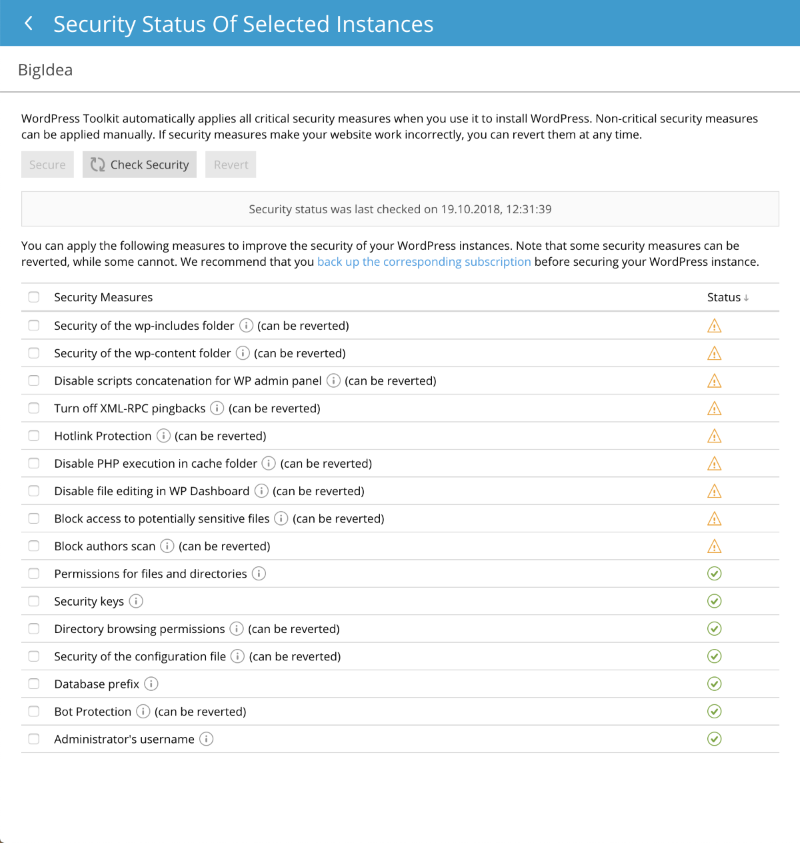 This second-tier drawer displays data pertaining to the object selected at the previous, first-tier drawer. Each item here can be configured. The header shows where we have come from and provides the means of returning. The subheader explains the presented information.

The first-tier drawer consists of the following elements:

The parent page is darkened. This switches focus to the drawer and indicates that the interaction with the parent page is now impossible. The drawer can be closed by either pressing the X button in the header or by submitting (or canceling) the form. Pressing anywhere outside the drawer does not close it.

The popover is a context pop-up window, which allows for in-place editing or showing informational messages. The popover does nto block the user’s interaction with the parent page. 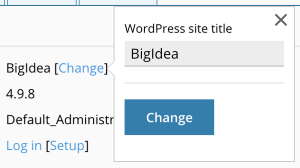 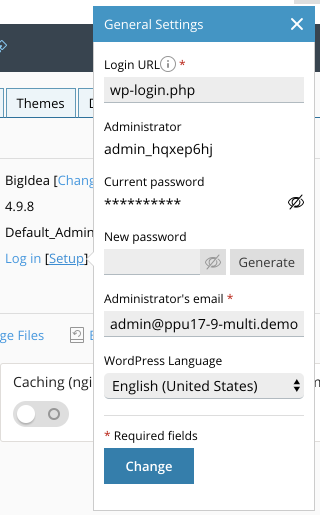 Here, the popover contains a header. The contained form is large enough to require an explanation.

Note: If a drawer (or any dialog window) contains input fields, the focus at the opening must be on the first input field.

Note: Any of the above windows can be closed by pressing the Esc button on the keyboard.

Is this page helpful?

Thank you for the feedback! Please tell us if we can improve further.

Sorry to hear that. Please tell us how we can improve.